now loading...
Wealth Asia Connect Treasury & Capital Markets Europe ESG Forum TechTalk
TechTalk / Viewpoint
Crypto’s familiar path to crisis starts with bubble
No one should be surprised at the collapse of the crypto exchange FTX – not even at how many people were surprised. Despite the novelty of the assets, the narrative of the crypto crisis was established long ago

Swiftly rising interest rates have punctured the cryptocurrency bubble, exposing fragility, bad governance and even fraud in many corners, most notably at the crypto exchange FTX. And FTX’s spectacular collapse comes on the heels of other recent failures in the crypto sphere, such as Terra-Luna, Three Arrows Capital or Voyager Digital. No one should be surprised – not even at how many people were surprised.

“There is no new thing under the sun,” Ecclesiastes reminds us. At FTX’s headquarters under the Bahamian sun, the firm’s advertising admonished customers not to “miss out” on “the next big thing” – blockchain-based currencies, financial products and non-fungible tokens. But only the assets were new. The narrative of the crypto crisis was established long ago.

The collapse began, as financial collapses often do, with a bubble. Investor demand outpaced reasonable near-term expectations of what cryptocurrencies could achieve. Impractical as a means of exchange, the uses of bitcoin, ethereum and the rest seemed limited to financial speculation and illegal activity. But historically low interest rates fuelled the mania for what crypto could become. Due diligence took a back seat to skyrocketing asset prices. Cheap money made it easier for firms to take on excessive leverage. Investors needed increasingly bigger returns to outpace the market and beat their competition. This meant more leverage and more risk-taking.

When bubbles inevitably burst or shrink, profits flounder. Leaner circumstances expose fragility in the system – inapt regulations, poor governance and bad actors that were once easily hidden. In the extreme, firms hide losses with fraud. As one firm falls, contagion spreads to exposed entities.

FTX’s flamboyant founder, Sam Bankman-Fried, wanted to take crypto mainstream, and big funds like Sequoia Capital and Singapore’s sovereign wealth fund, Temasek, invested in the project. Celebrities like Tom Brady and Larry David promoted the exchange in Super Bowl ads. Former heads of state like Bill Clinton and Tony Blair cavorted with Bankman-Fried. A new financial era was dawning, and the only thing investors feared was missing out.

The euphoria, however, surrounded a house of cards. The crypto rout began with the collapse of the Terra-Luna “stablecoin” ecosystem, a set of digital currencies that lost its dollar peg just as the Federal Reserve began raising interest rates in early 2022. Contagion spread to Three Arrows Capital, a now-defunct crypto hedge fund that was substantially exposed to Terra-Luna. FTX attempted to halt the contagion, bailing out firms like Voyager and BlockFi. Some even compared Bankman-Fried to the legendary J. P. Morgan, whose private financial intervention famously curbed the Panic of 1907.

While details are still foggy, FTX’s sister hedge fund, Alameda Research, got into trouble over the summer as uncertainty rippled through the crypto sphere. In violation of FTX rules, Bankman-Fried used US$8 billion in customer funds in an effort to rescue Alameda, managed by his erstwhile romantic partner. Alameda’s loans, however, were allegedly backed by FTT, FTX’s now worthless in-house crypto token.

The dominoes were set. The fateful nudge began with a public feud between Bankman-Fried and Changpeng Zhao, founder of the rival exchange Binance. Zhao said Binance planned to sell US$529 million in FTT tokens, prompting FTX customers to begin withdrawing funds from the platform. FTX faced a massive liquidity crunch and soon became insolvent. After saying that Binance would purchase the crippled exchange, Zhao reneged when he saw FTX’s books. Bankman-Fried resigned as CEO soon thereafter, and the firm went bankrupt. Allegations of FTX’s fraud, waste and abuse flooded the crypto sphere.

Investors were caught flatfooted by the sudden collapse. Nearly 40% of crypto hedge funds had invested in FTX. Many had likely assumed that big funds like Sequoia had done the appropriate due diligence. Instead, excitement over FTX and its founder had substituted for sound assessment of fundamentals, covering a deep rot. The current FTX administrator, John Ray III, who supervised the liquidation of Enron, said that “such a complete failure of corporate controls and such a complete absence of trustworthy financial information” was “unprecedented”.

The implosion of FTX has badly damaged the crypto sphere’s vision of an unregulated, decentralized financial system, but that doesn’t mean the technology is to blame for the chaos. Other forms of digital finance and blockchain technology – like smart contracts – may yet improve payment systems and broaden financial inclusion. Many central banks are entering the game, too, and launching their own digital currencies to shore up monetary sovereignty and financial stability.

Regulators are left with a conundrum. Overreacting to the unfolding crypto crisis could turn potentially beneficial applications of the technology into collateral damage. And while they may welcome crypto markets into the regulatory fold, they risk moral hazard as investors seek public protection against private loss. On the other hand, if regulators ignore crypto markets, instability might build (though crypto markets are still too small to pose systemic risks).

The lessons of the crypto crash are neither new nor controversial. Entities that operate like banks should be regulated as such or closed down. Speculative casinos should be monitored for signs of fraud. Auditors and regulators must ensure the game is not rigged, and investors should be warned that gambling losses are not insured. Even James Bond’s Casino Royale, which was filmed near FTX’s island headquarters, had to abide by some rules. It is reasonable to expect the neighbours to do likewise.

Xavier Vives is a professor of economics and finance at IESE Business School. 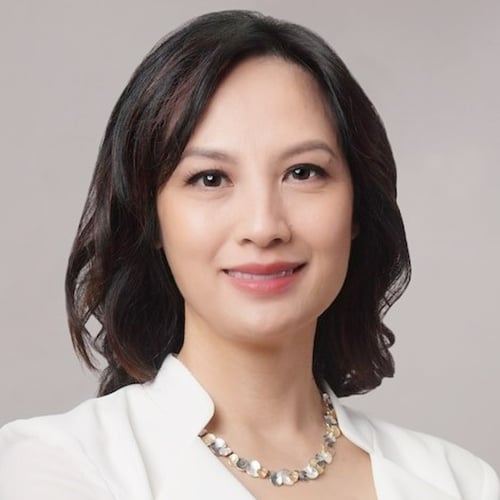