In the wake of the collapse of cryptocurrency trading platform FTX, a top Singaporean official says no regulation can truly safeguard against the collapse of the untested asset class.

“Cryptocurrencies themselves are highly volatile and have no intrinsic value,” says Singapore’s deputy prime minister Lawrence Wong. “Those who trade in cryptocurrencies must be prepared to lose all their value. No amount of regulation can remove this risk.”

In a parliamentary session last week, Wong, who is also Singapore’s finance minister, told the legislators that while the Monetary Authority of Singapore (MAS) plans to introduce measures to regulate financial institutions providing cryptocurrency services, also known as digital payment token (DPT) service providers, the regulator will not be able to prevent them from failing, or customers from suffering losses.

FTX, the world’s third largest cryptocurrency exchange, was previously valued at US$32 billion by investors, but two weeks ago, FTX founder and then chief executive officer Sam Bankman-Fried admitted that the company was headed for bankruptcy unless it received some capital support, leaving over 1.2 million registered users in limbo and regulators like MAS scrambling to prevent it from happening again.

However, Wong says even when new regulations are in place, the MAS cannot guarantee that investing in crypto will be any safer.

Proposed measures that the MAS hopes to implement in the near term include the administration of a risk awareness test to evaluate if potential retail customers are suitable for accessing cryptocurrency services, as well as the segregation of customers’ assets from the DPT service provider’s own assets so as to prevent lending out of customers’ money.

The regulator is also looking to limit DPT service providers from operating a trading platform while simultaneously taking proprietary positions for their own account, to prevent conflicts of interest.

MAS says it will seek industry and public feedback, before finalizing and implementing appropriate regulatory measures.

In the same parliamentary session, Wong had to field questions about Temasek’s own US$275 million investment in the ill-fated exchange.

Singapore’s US$300 billion sovereign wealth fund says in a separate statement that its belief in Bankman-Fried may have been “misplaced”. The fund also says it has written off its full investment in the crypto exchange.

While Wong and the MAS have “actively discouraged” retail investors from investing in it, Temasek itself had minority stakes in both FTX International and FTX US.

Wong stresses that the Singaporean government “does not prescribe guidelines on the allocation of specific assets or asset classes, whether for cryptocurrencies or other assets”.

While institutions like Temasek have a due diligence process for all investments in order to mitigate certain risks, “it is not practicable to eliminate all risks”, Wong notes.

He admits that the loss of Temasek’s investment in FTX is “disappointing”, but he says he is confident that the Temasek board and management team “will learn and improve from this experience”.

“Temasek has also initiated an internal review by an independent team to study and improve its processes, and to draw lessons for the future,” Wong says.

Despite the incident, Wong says he has confidence in the governance structures of Temasek as well as the GIC.

In response to legislators’ calls for additional guidelines and protections, Wong says Temasek and GIC’s structures “are already more extensive than those of a typical company”.

“There is therefore no need for additional audit requirements or parliamentary committees,” Wong says, adding that the boards of the two entities should instead be insulated from political pressures. 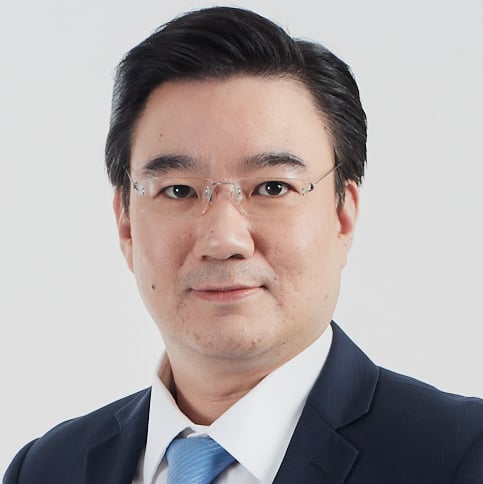